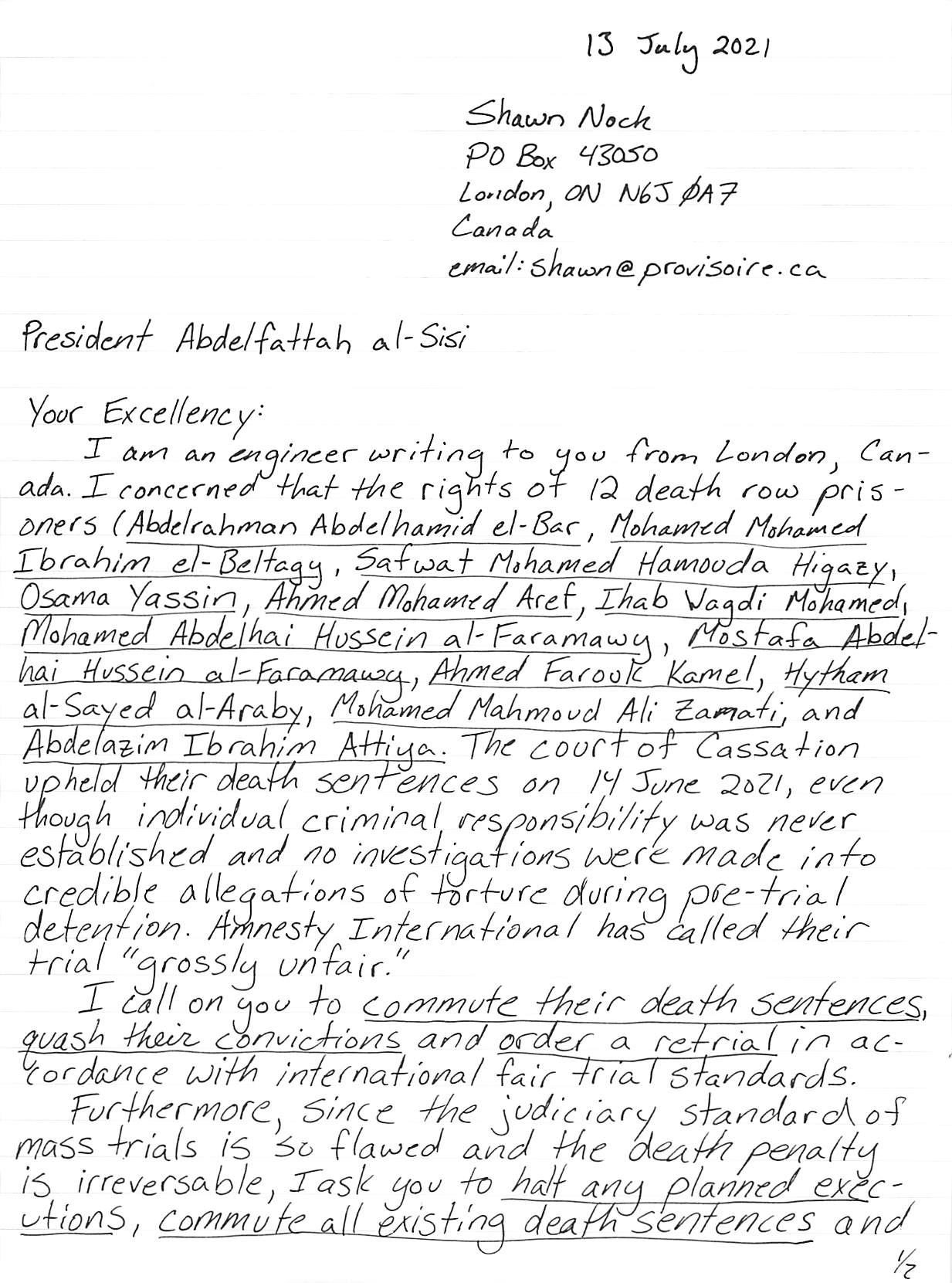 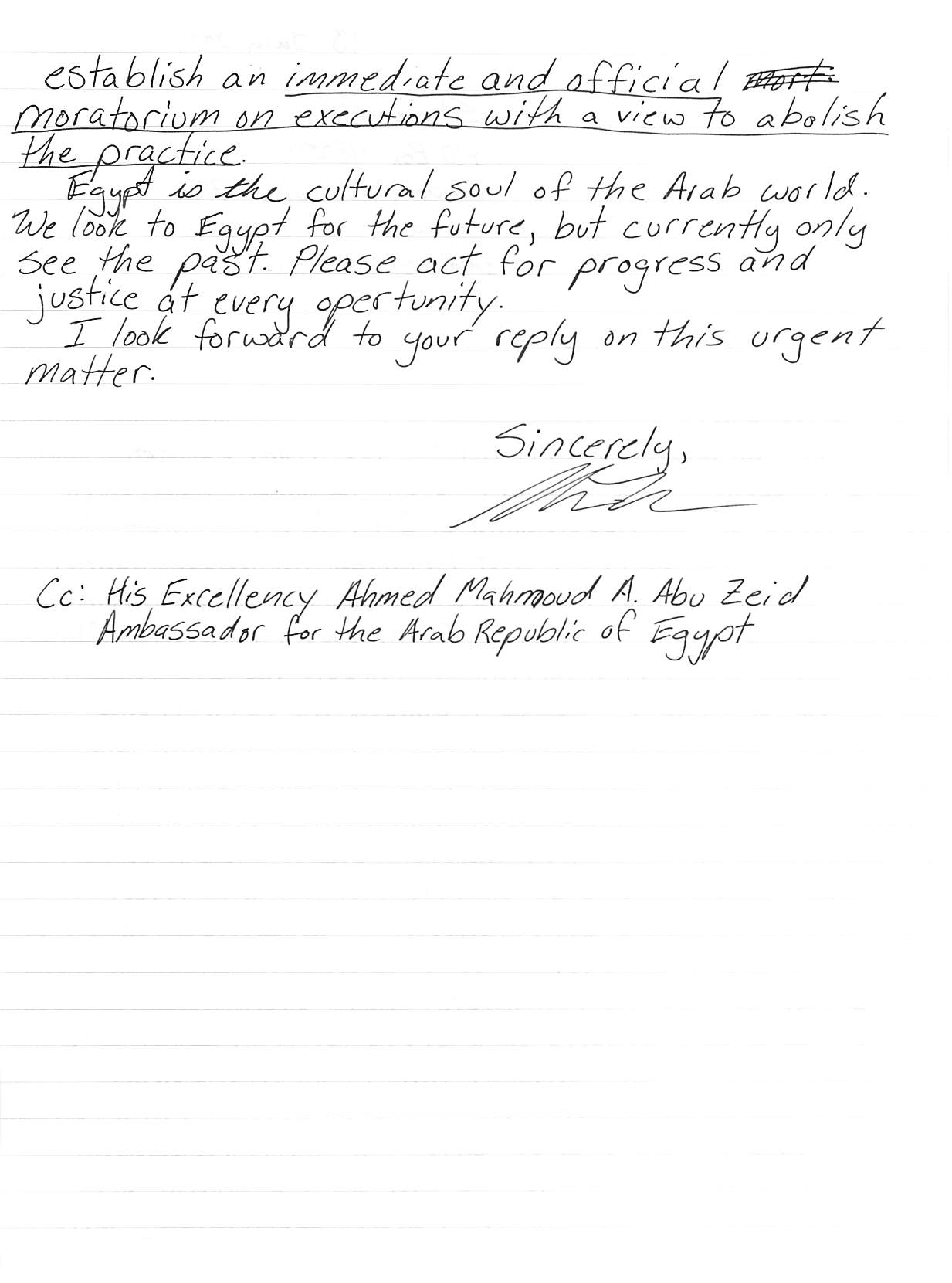 I call on you to commute their death sentences, quash their convictions, and order a retrial in accordance with international fair trial standards. Furthermore, since the judiciary standard of mass trials is so flawed and the death penalty is irreversible, I ask you to halt any planned executions, commute all existing death sentences, and establish an immediate and official moratorium on executions with a view to abolish the practice entirely.

Egypt it the cultural soul of the Arab world. We look to Egypt for the future, but currently are seeing the past. Please act for progress and justice at every opportunity.

I look forward to your reply on this urgent matter.