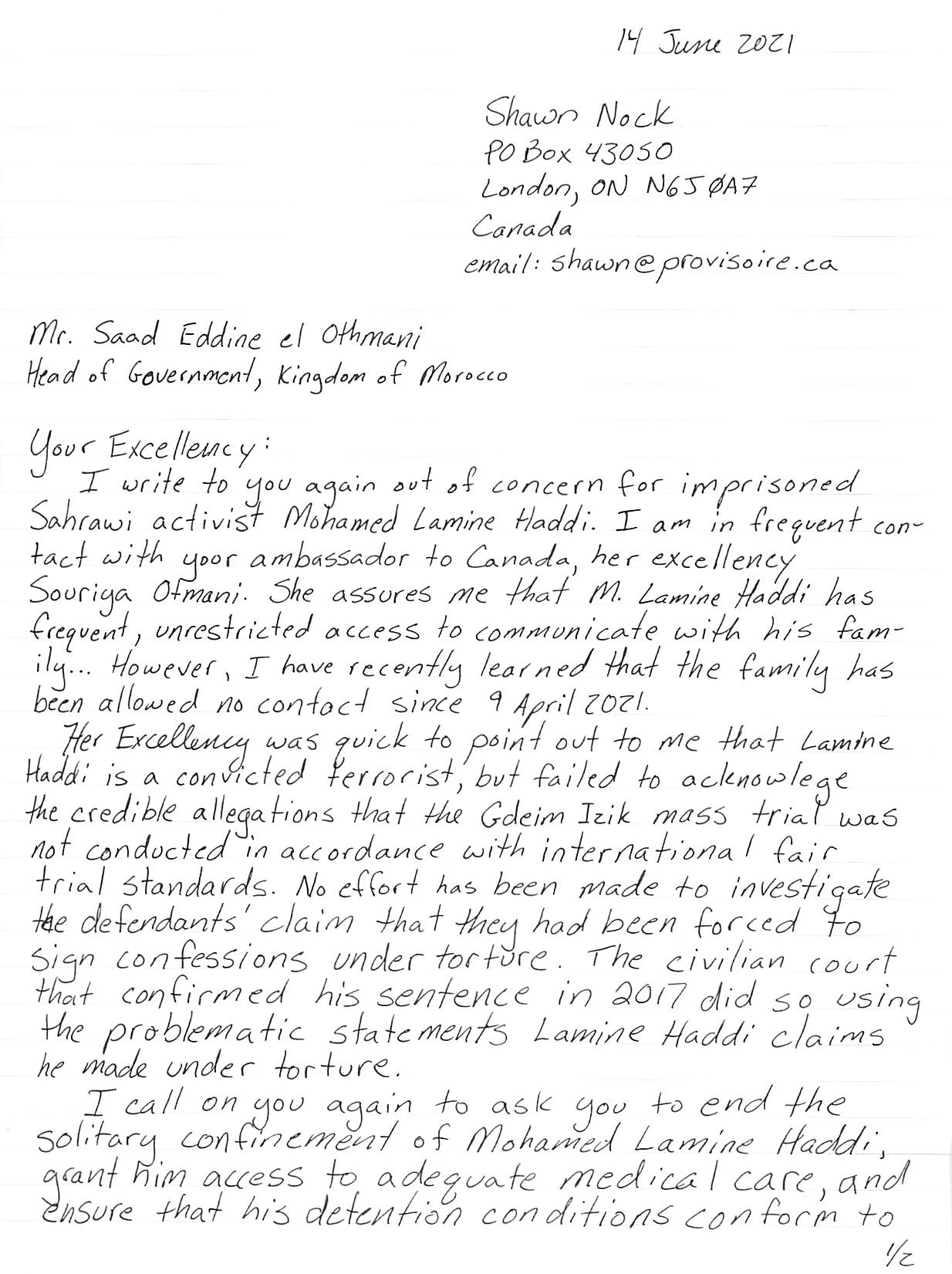 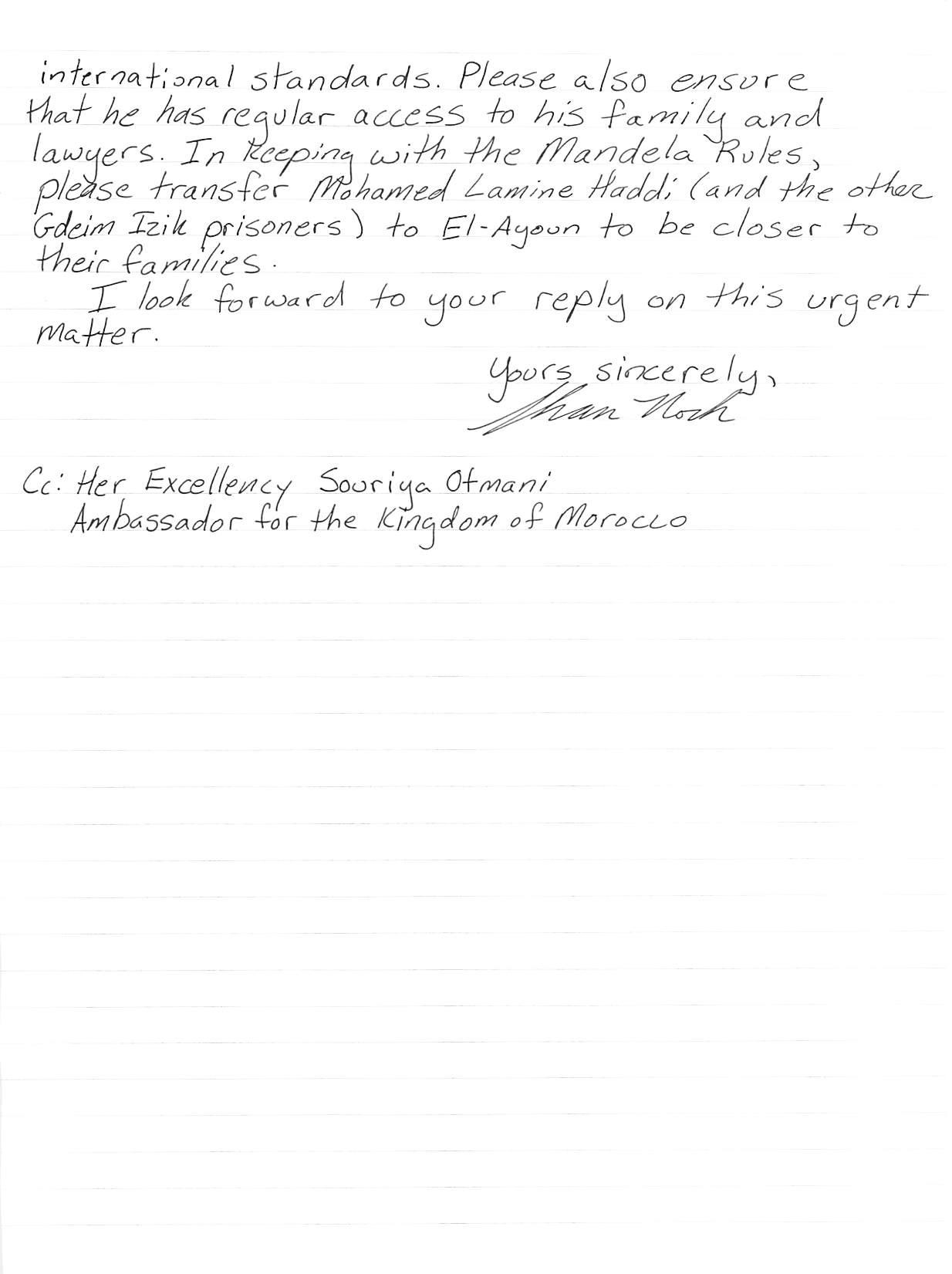 I write to you again out of concern for imprisoned Sahrawi activist Mohamed Lamine Haddi. I am in frequent contact with your ambassador to Canada, her excellency Souriya Otmani. She assures me that M. Lamine Haddi has frequent, unrestricted access to communicate with his family, however, I have recently learned that the family has had no contact of any kind since 9 April 2021.

Her excellency was quick to point out that Lamine Haddi is a convicted terrorist, but failed to acknowledge the credible allegations that the Gdeim Izik mass trial was not conducted in accordance with international fair trial standards. No effort has been made to investigate the defendants' claims that they had been forced to sign confessions under torture. The civilian court that confirmed his sentence in 2017 did so using the problematic statements Lamine Haddi claims he made under torture.

I call on you again to ask you to end the solitary confinements of Mohamed Lamine Haddi, to grant him access to adequate medical care, and to ensure that his detention conditions conform to international standards. Please also ensure that he has regular access to his family and lawyers. In keeping with the Mandela Rules, please transfer Mohamed Lamine Haddi (and the other Gdeim Izik prisoners) to El-Ayoun prison to be closer to their families.

I look forward to your reply on this urgent matter.