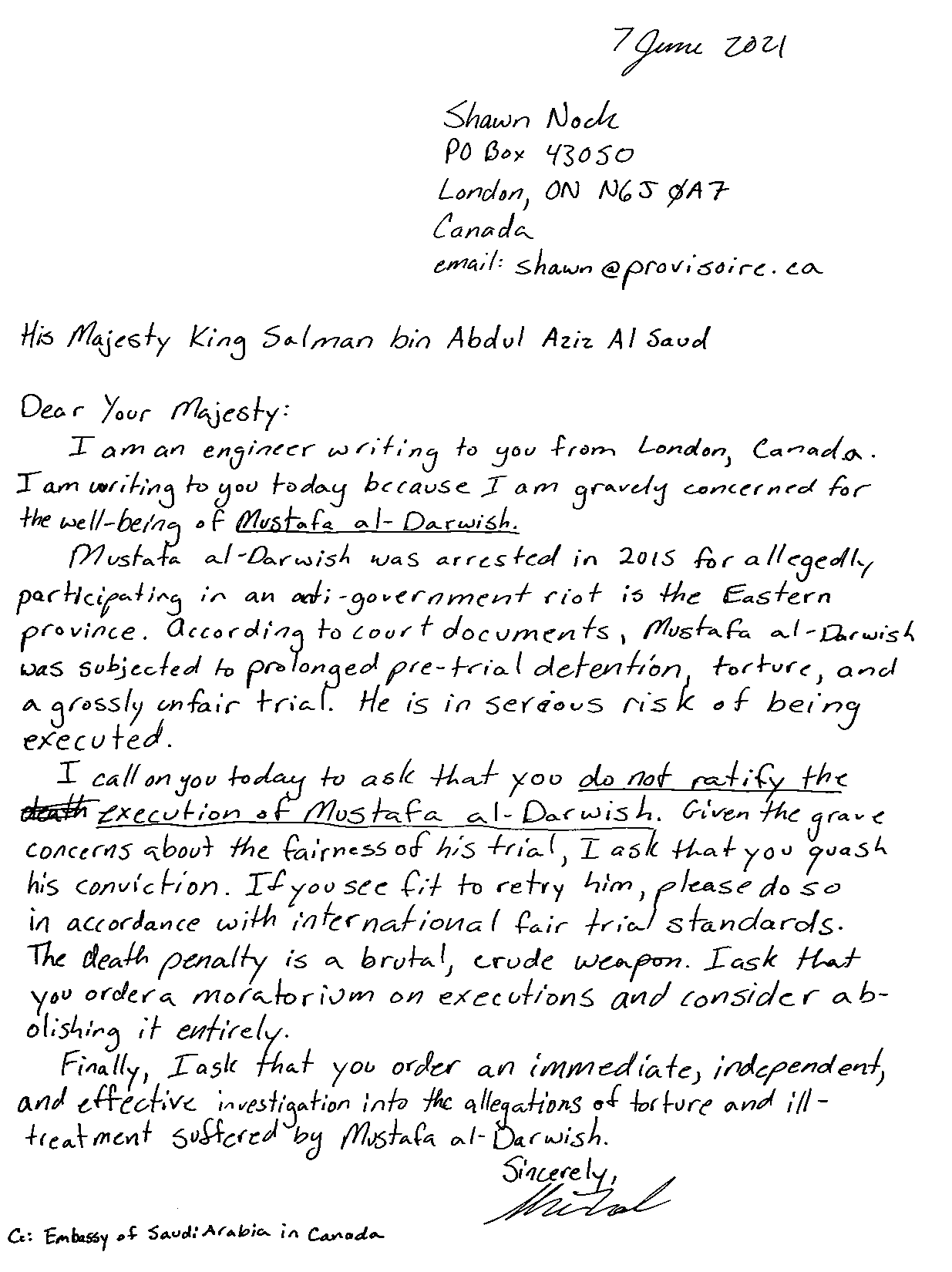 I am an engineer writing to you from London, Canada. I am writing to you today because I am gravely concerned for the well-being of Mustafa al-Darwish.

Mustafa al-Darwish was arrested in 2015 for allegedly participating in anti-government riots in the Eastern province. According to court documents Mustafa al-Darwish was subjected to prolonged pre-trial detention, torture and a grossly unfair trial. I am concerned that he is in serious risk of being executed.

I call you you today to ask that you not ratify the execution of Mustafa al-Darwish. Given the grave concerns about the fairness of his trial, I ask that you quash his conviction. If you see fit, he may be retried in accordance with international fair trial standard, but the death penalty is a brutal, crude weapon and I'd ask that you establish a moratorium on the death penalty in Saudi Arabia and consider abolishing it entirely.

Finally, I ask you to order an immediate, independent and effective investigation of the allegations of torture and ill-treatment suffered by Mustafa al-Darwish.

I look forward to your reply in this urgent matter.