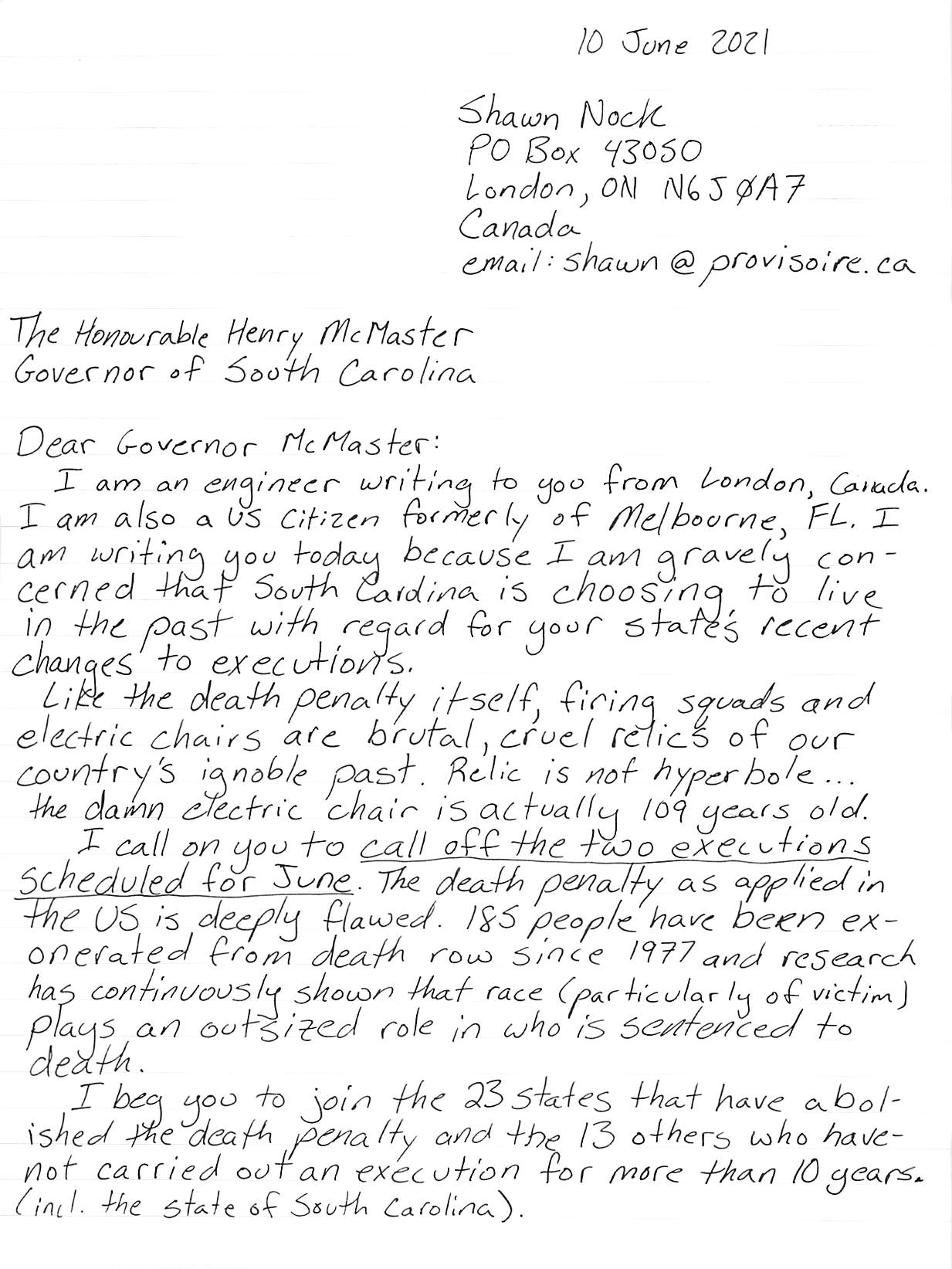 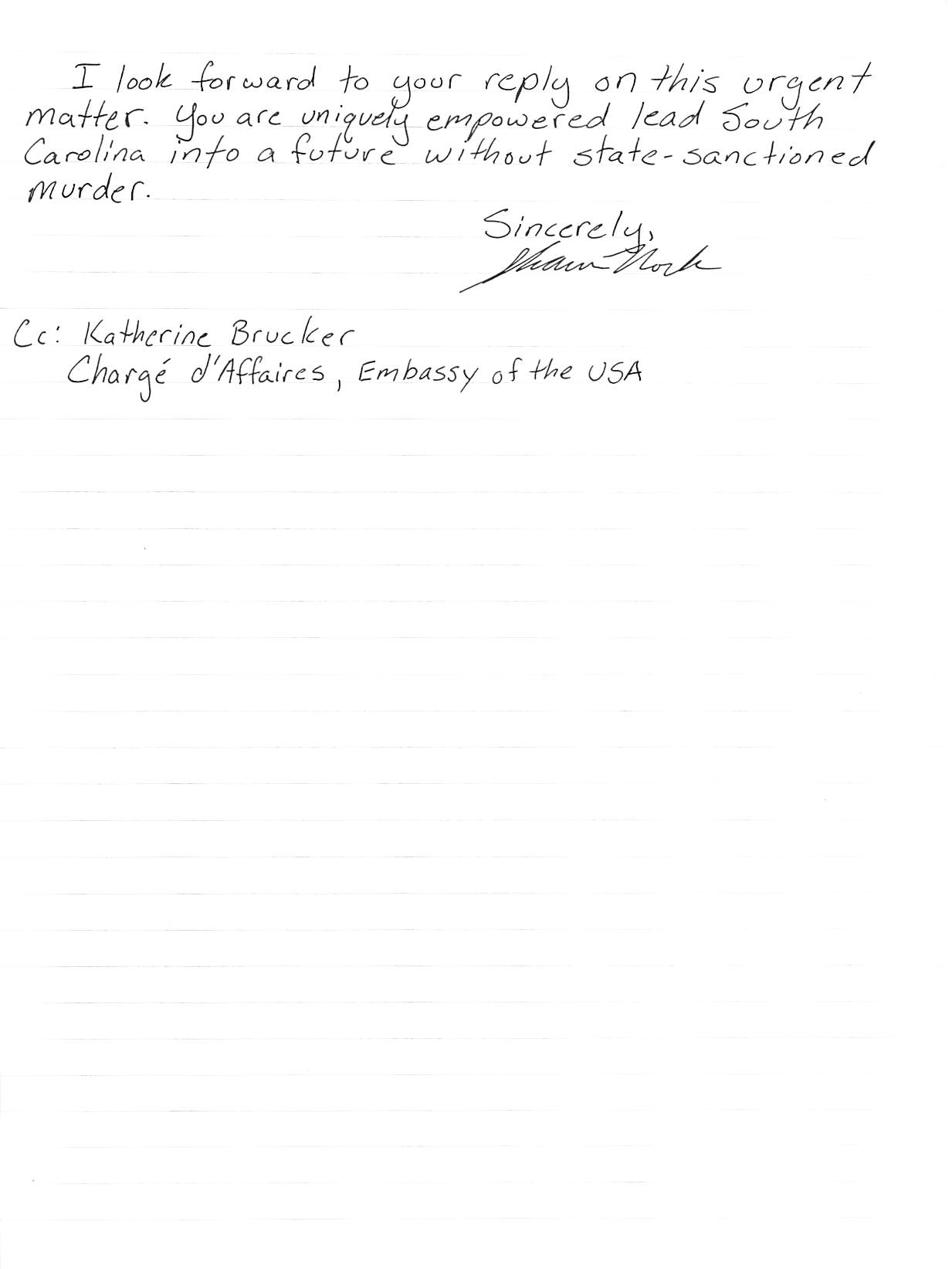 I am an engineer writing to you from London, Canada. I am also a US citizen formerly of Melbourne, FL. I am writing to you today because I am gravely concerned that South Carolina is choosing to live in the past with regard to your state's recent changes to executions procedures.

Like the death penalty itself, firing squads and electric chairs are brutal, cruel relics of our country's ignoble past. Relic is not hyperbole... the actual damn electric chair [in your state] is 109 years old.

I call on you to call off the two executions scheduled for June. The death penaly as applied in the US is deeply flawed. 185 people have been exonerated from death row since 1977 and research has continuously shown that race (particularly of the victim) plays an outsized role in who is sentenced to death.

I beg you to join the 23 states that have abolished the death penalty and the 13 states (including South Carolina) who have not carried out an execution in more than 10 years.

I look forward to your reply on this urgent matter. You are uniquely empowered to lead South Carolina into a future without state-sanctioned murder.